It was December 2010 when we found her at our car porch, I remembered the moment clearly until now.

I just got home work, and saw a mackerel tabby cat sitting on our fence. One of my housemate was already there, trying to lure the cat closer to her. Unlike most of the cats in the neighbourhood that will runaway at the first sight of any human, this cat was just simply ignoring her, looking at her.

Conveniently, another housemate had packets of cat food with her (it is still a mystery until now why she has cat food with her). Immediately unpacked it and served food in front of the cat.

..the cat ate the food and never left ever since then. 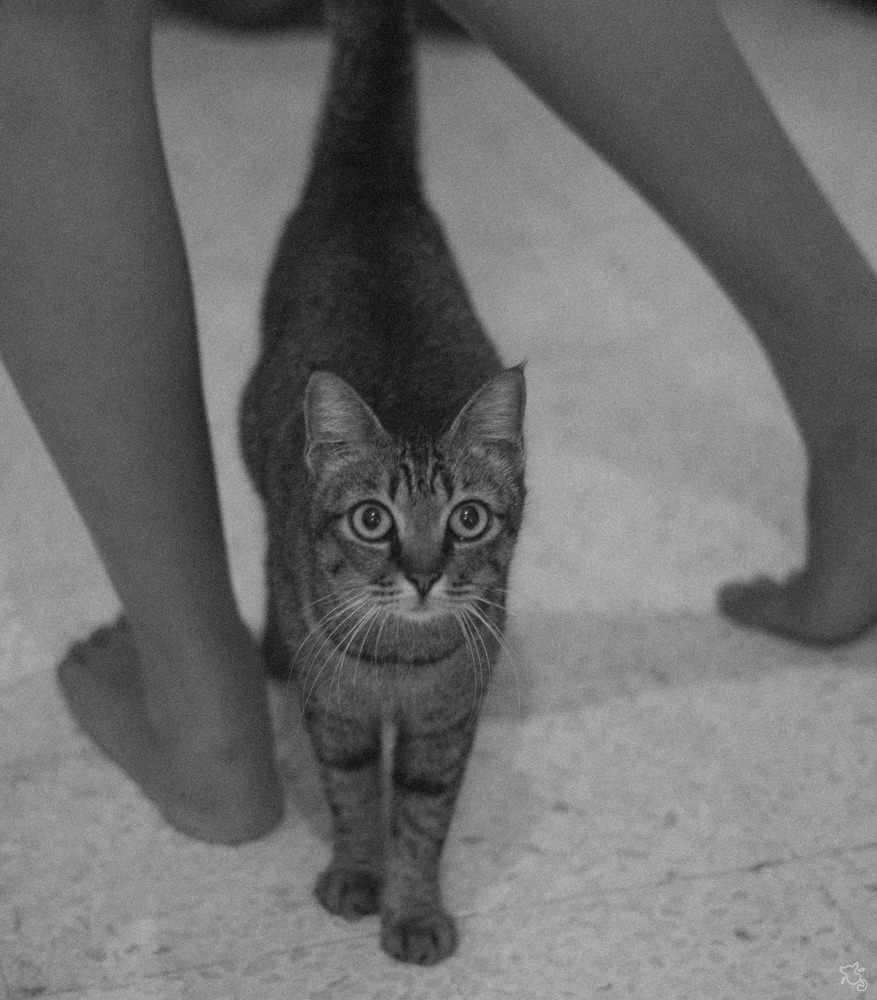 She was very tame cat. She explored the house when we invited her in, and weren't afraid of our presence. We asked the other housemates if they're okay with us keeping a cat in the house.

Although she had no collar, we were very skeptical about her being a stray cat since she was pretty clean. We do not want to "accidentally steal" neighbour’s cat. Another housemate went around to ask the neighbours if they were missing a cat, just in case. None in the neighbourhood seem to be missing a cat. 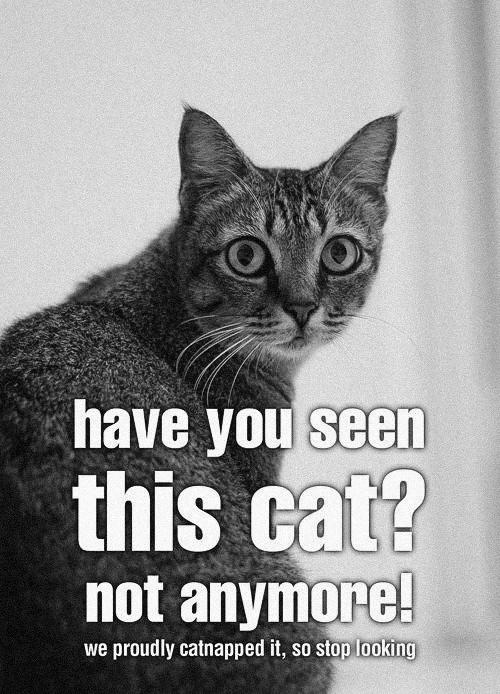 2 weeks passed, the cat's not going anywhere. Gave the cat a cute collar. She’s “our’s” now, and we were happy that the rest of the housemates we’re okay with us keeping her. We promised the other housemates that we’ll take care of the cat properly. She officially became our housemate. 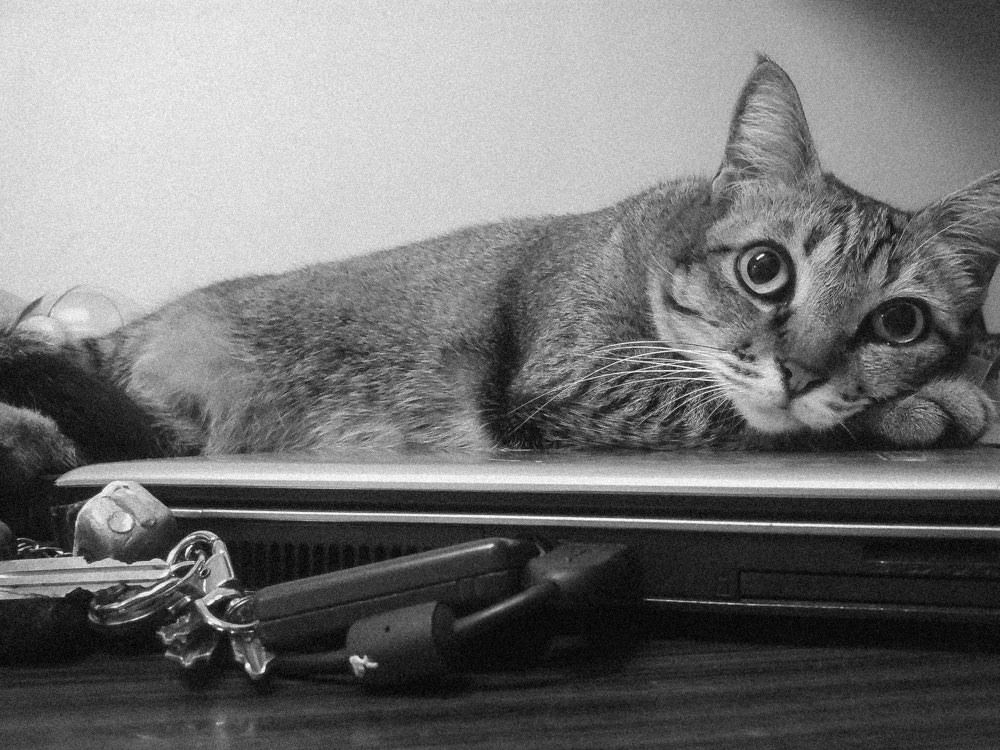 I named the cat, “Char Siew Pao” ...and I honestly can’t remember why I named her that. Some may find it pretty dumb for a cat’s name but to us, it was ultra adorable . Hence, it’s not dumb name, it’s the best name for a cat. Little we know that she’ll grow up to be a huge lump of fat, just like a steamed bun. 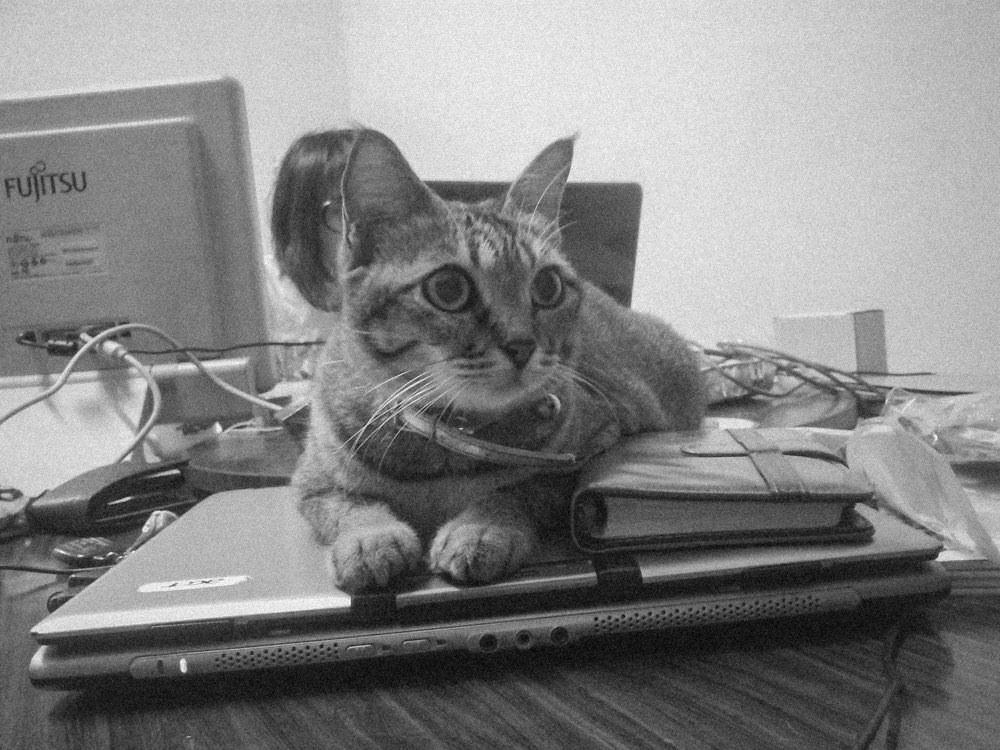 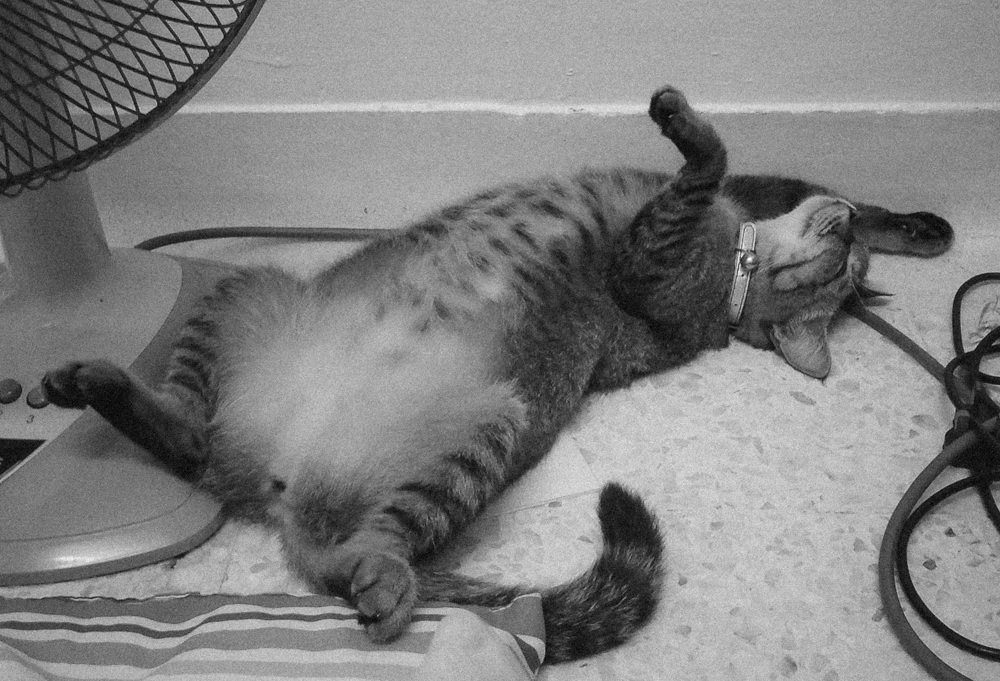 She would sleep anywhere with her belly exposed most of the time, just as long we're nearby. Her snores can be pretty loud at times. Dreaming on bowls of salmon, maybe. She wouldn't mind us giving her belly rubs while she's sleeping. 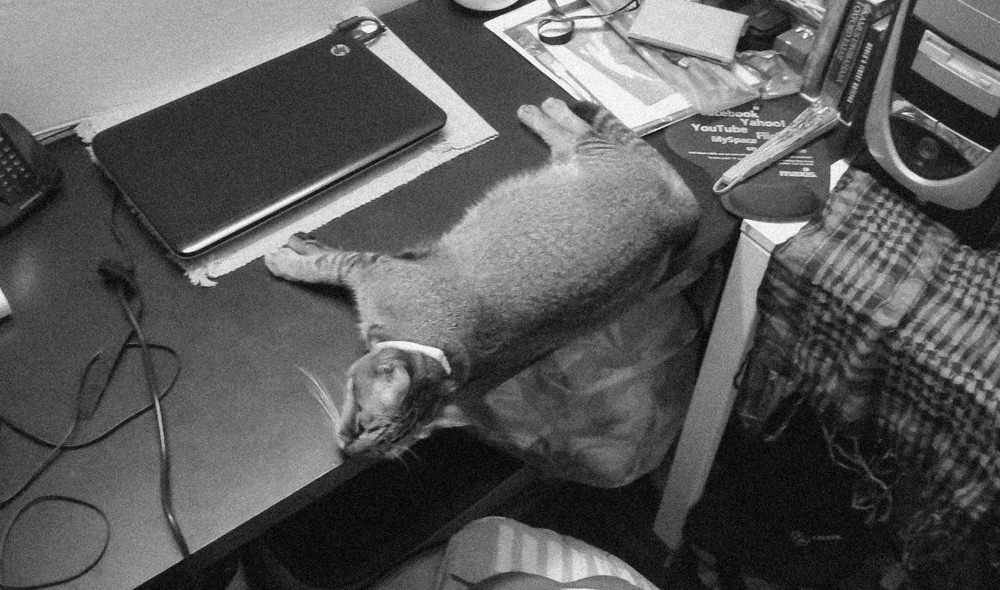 I really mean "anywhere". Including the edge of a desk. Livin' life dangerously, I guess? We found her sleeping the in bathroom on rare occasions too. 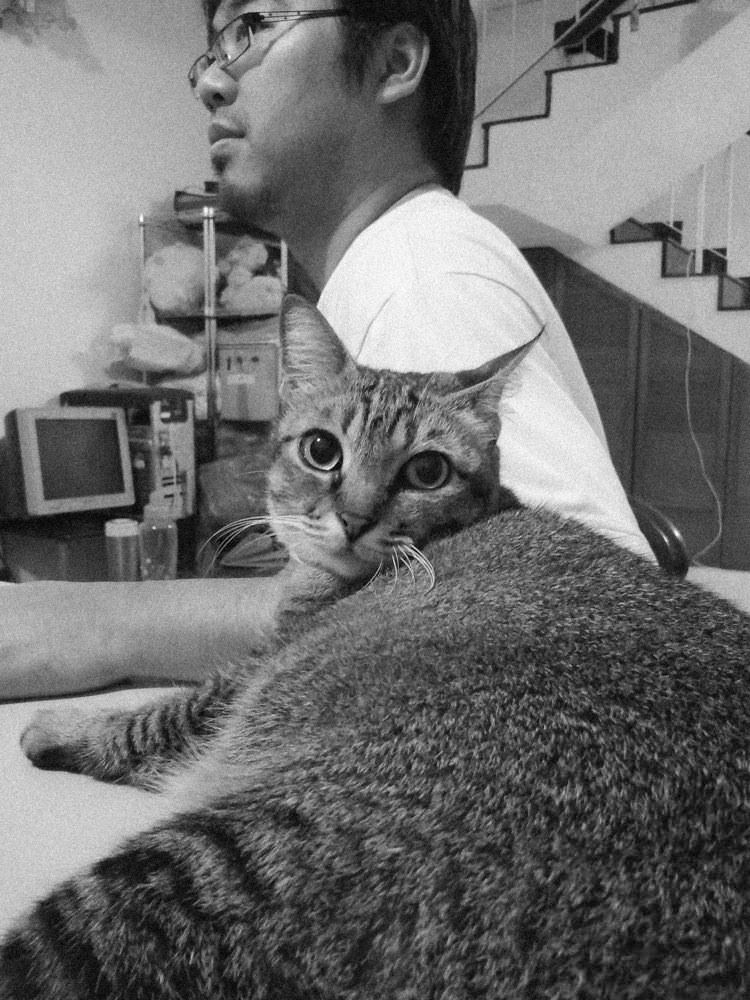 We had a lot of meetings in our house, and she'll be there to laze around. 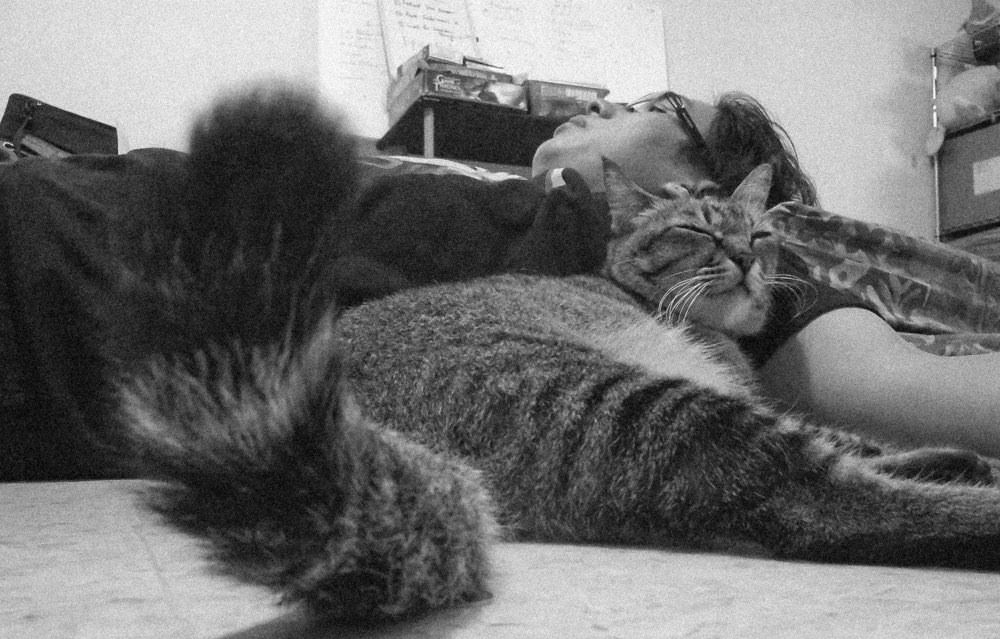 She really loves the presence of people. 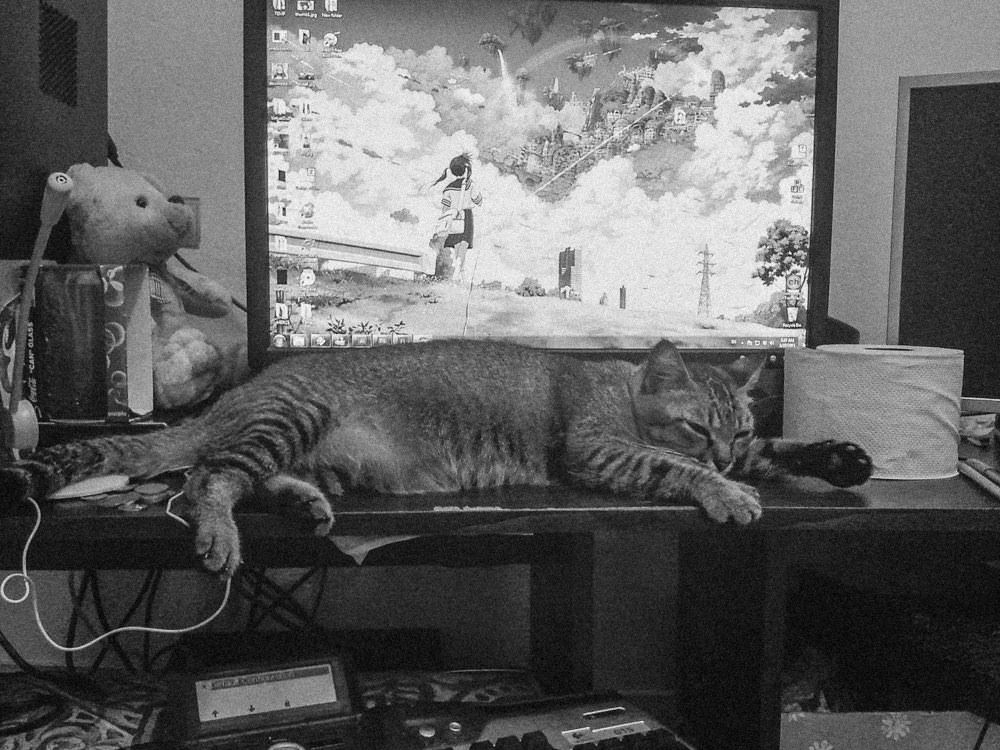 Her existence meant a lot for me. I went through really hard times back then. Girlfriend left me, hated my job, near clinically depressed and many more. However, her being around was a bliss. Life was a lot more less depressing with her around. It felt like she tries to cheer me up whenever I feel horrible about life. Life was definitely a lot less lonely with her around. 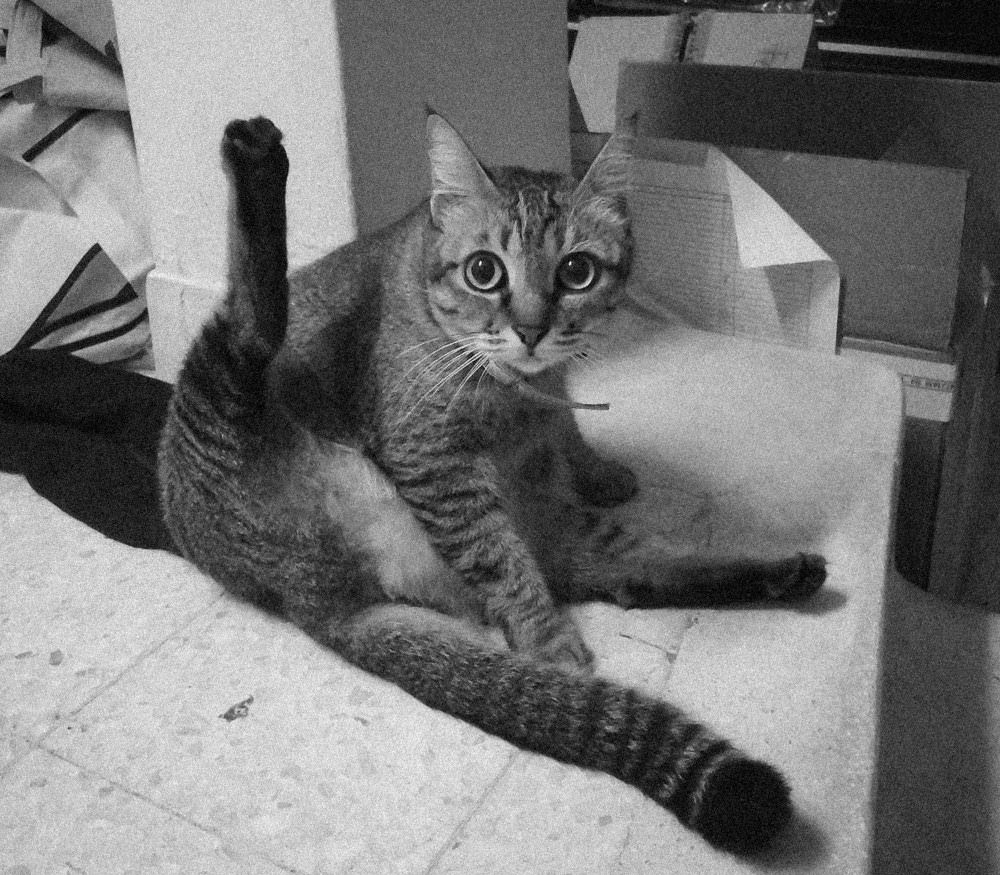 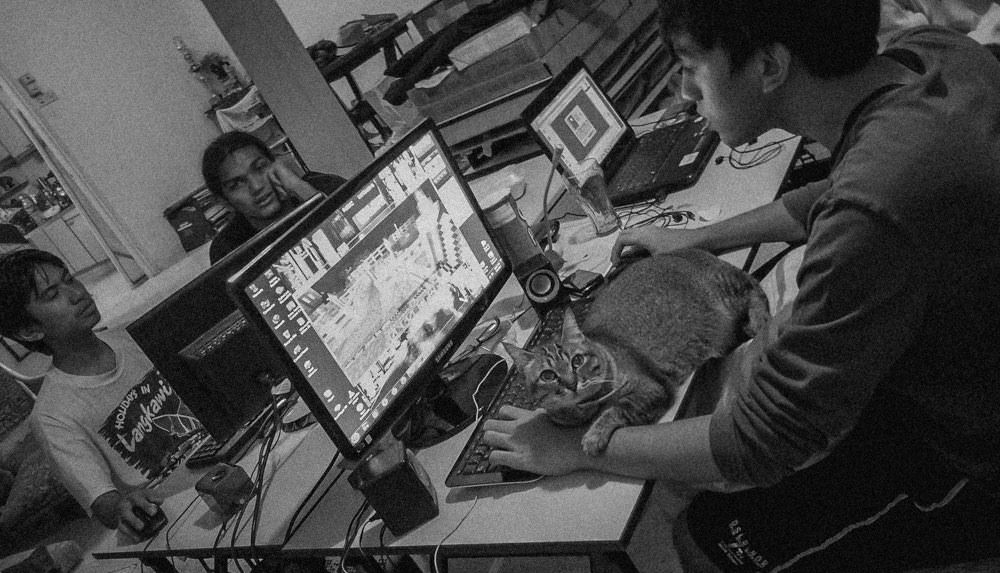 She enjoys the attention she gets, and will demand you for attention if she's not getting any. Invited some friends to the house for a LAN party and she wanted some of the fun too.

There were times where housemates were very busy with work, and we had to lock her out of our rooms (to avoid kitty distractions). She'd sleep near the stairs and rush to anyone who opened their door. Or at times, just continue sleeping. 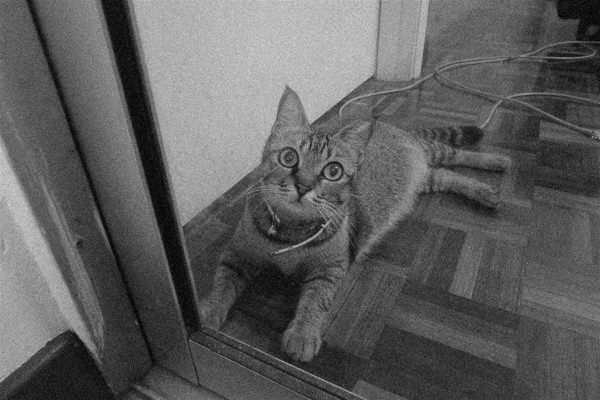 Locked out of the room, Charsiewpao begs for entry with the cutest face possible.

Over the years, everyone just seem to adapt to the distractions. 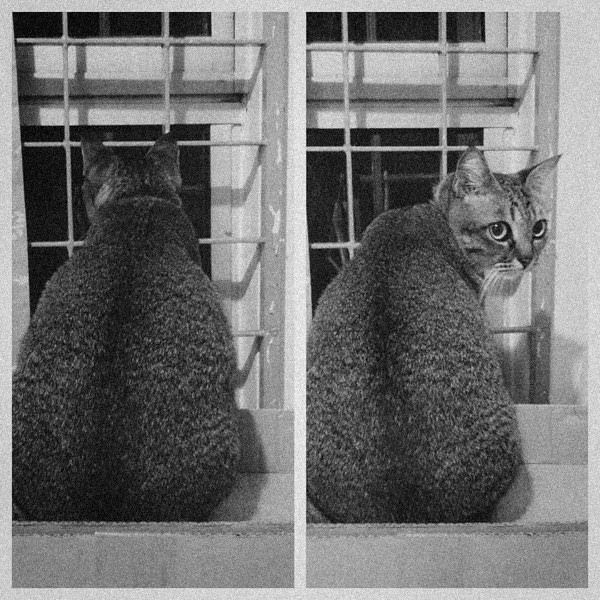 There are times where there's no one at home and she'll rush to our glass door to look outside whenever she hears a car driving into the porch. 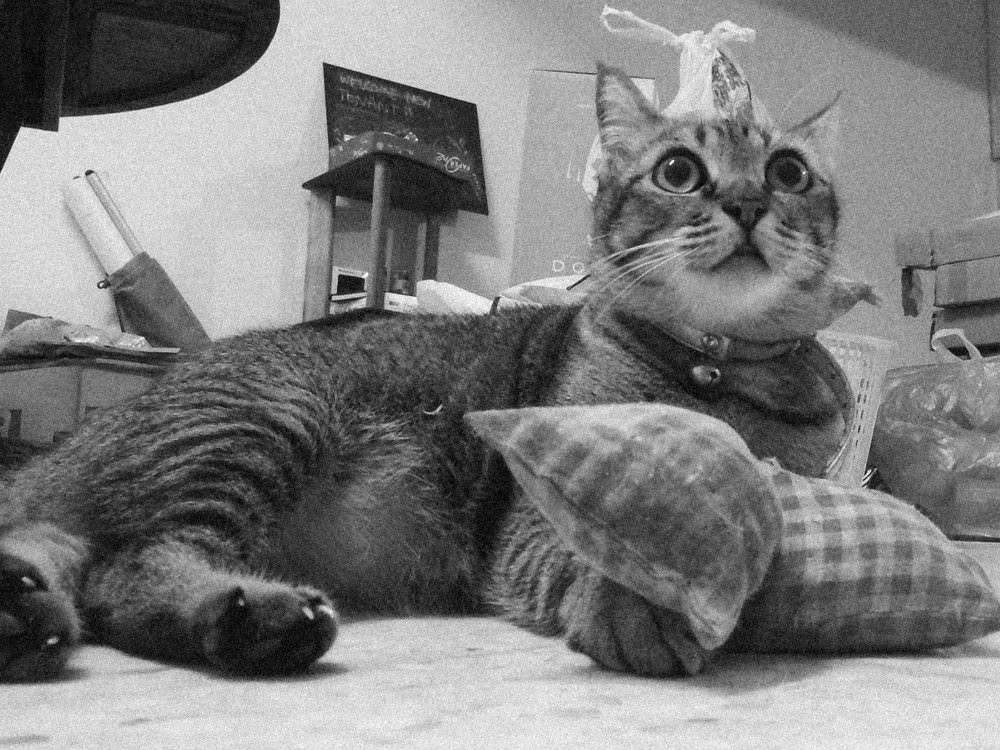 Her prized possession when I was still around was definitely the catnip pillow. A very simple cat, she's pretty happy with simple things, like plastic bags or toilet papers. Once, she made a mess in the kitchen with toilet papers and looked at us with "I totally did nothing wrong" face. 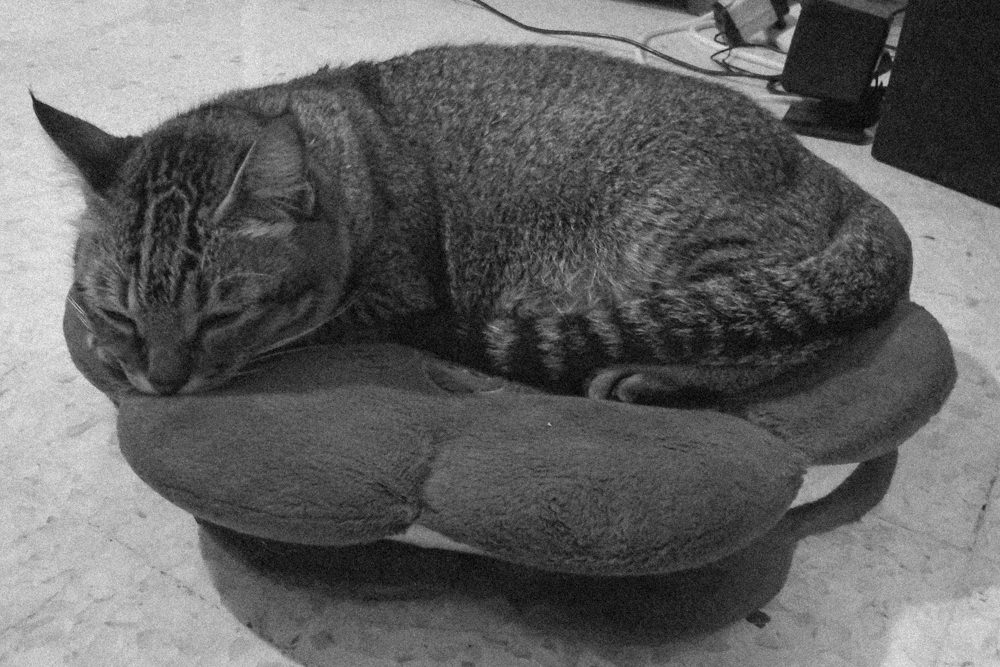 Housemate gave her a cream cookie pillow. For a long time, she showed no interest with it as she prefers to sit on our lap, laptop, or other random pile of stuffs. One day, she just appears to sit on the cookie and made the housemates cry with joy. She was simply, adorable. 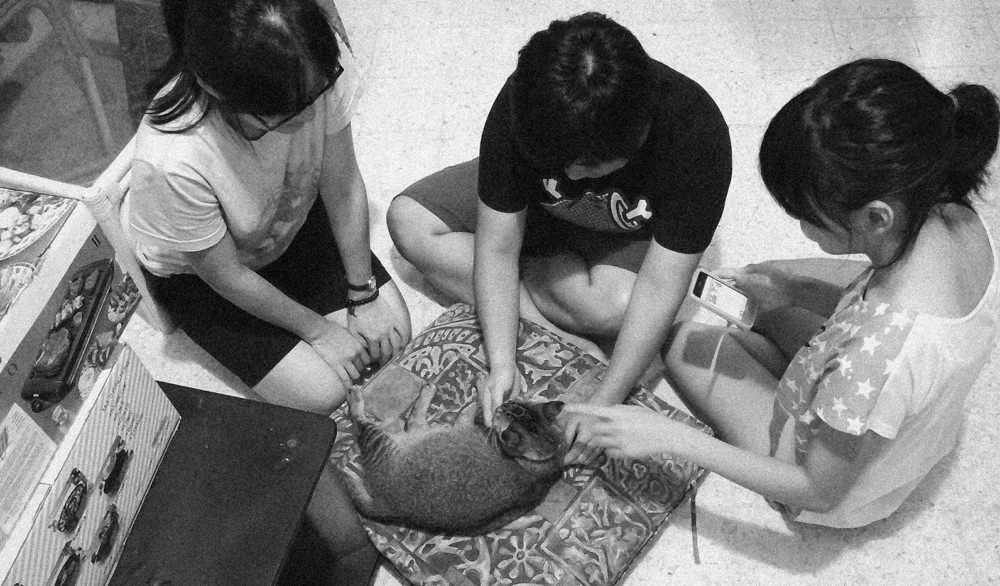 Charsiewpao is pretty popular within the community as the mascot of Comic Fiesta's old HQ (our house). She has 700+ fans on her Facebook page, which is a lot in my books. She is definitely a lot more popular than me. 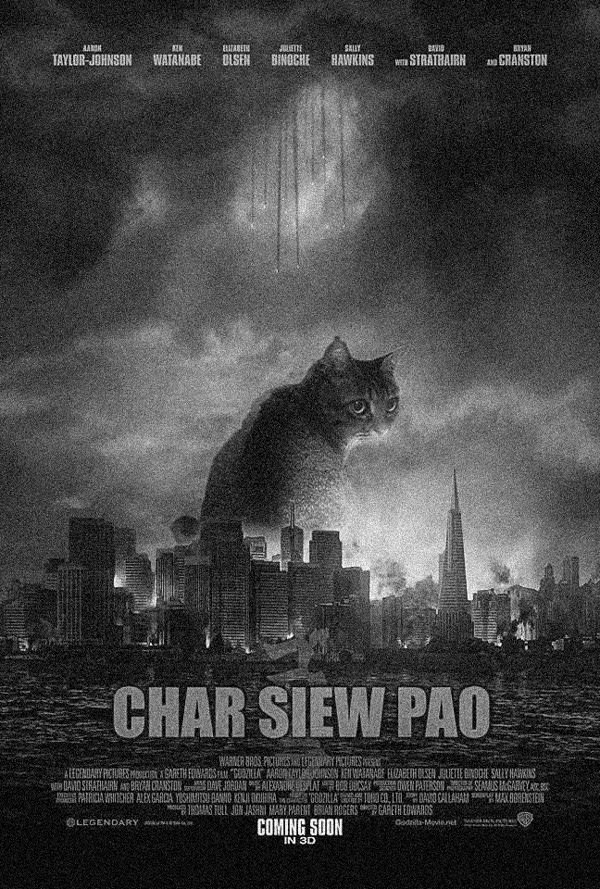 So popular that she has her own movie poster. The poster weirdly became viral on the internet, which made many went "What is Char Siew Pao?"

It is almost a ritual that almost every housemates and visitors would raise her like Simba from The Lion King. Weirdly, I have no idea why I have no such photo with her.

I mean, even Danny Choo who visited our house had such photo with her. I.. I am an embarrassment to my housemates ._. 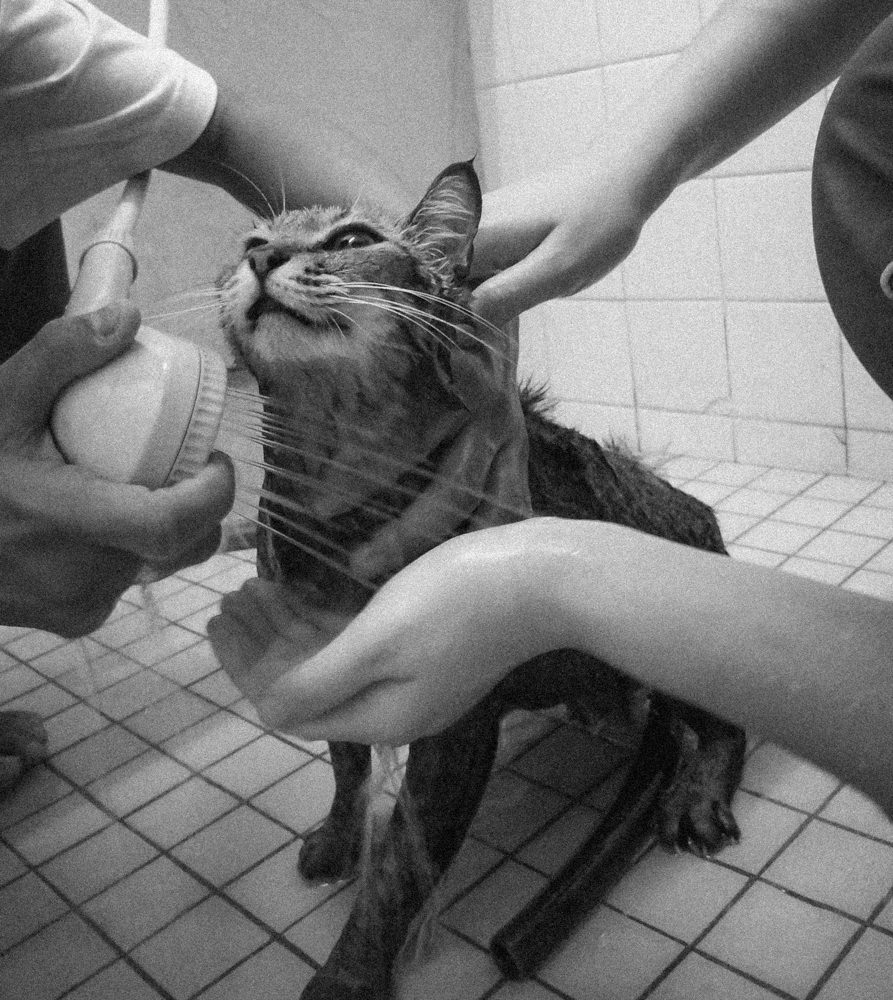 Giving her a bath is not as complicated as most other cats. While it would take 3 brave men to bath my mom's cat, it's possible to bath Charsiewpao alone. She would just say still most of the time (with occasional attempts to escape the bathroom). While she's kinda okay with water, she's extremely terrified of hair dryers (and vacuum cleaner). 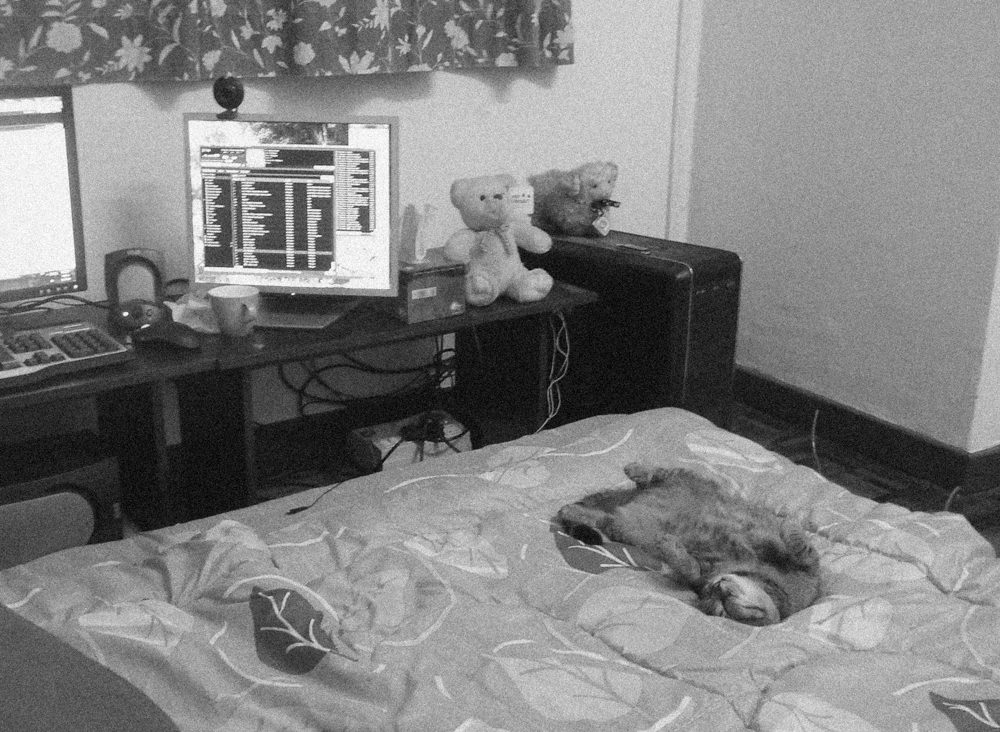 Sleeping on my bed after a good bath, all is right with the world. 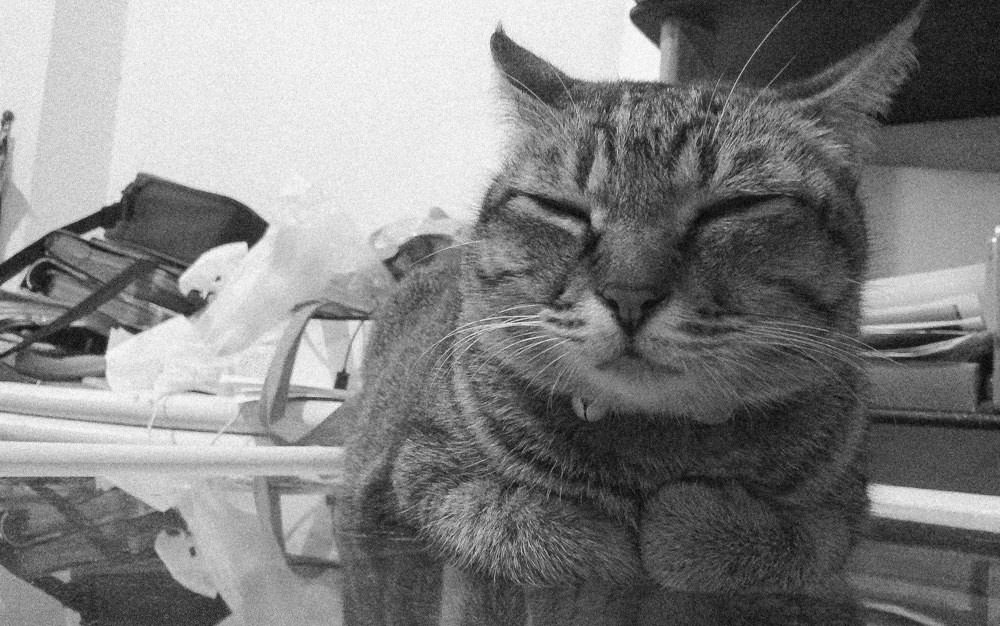 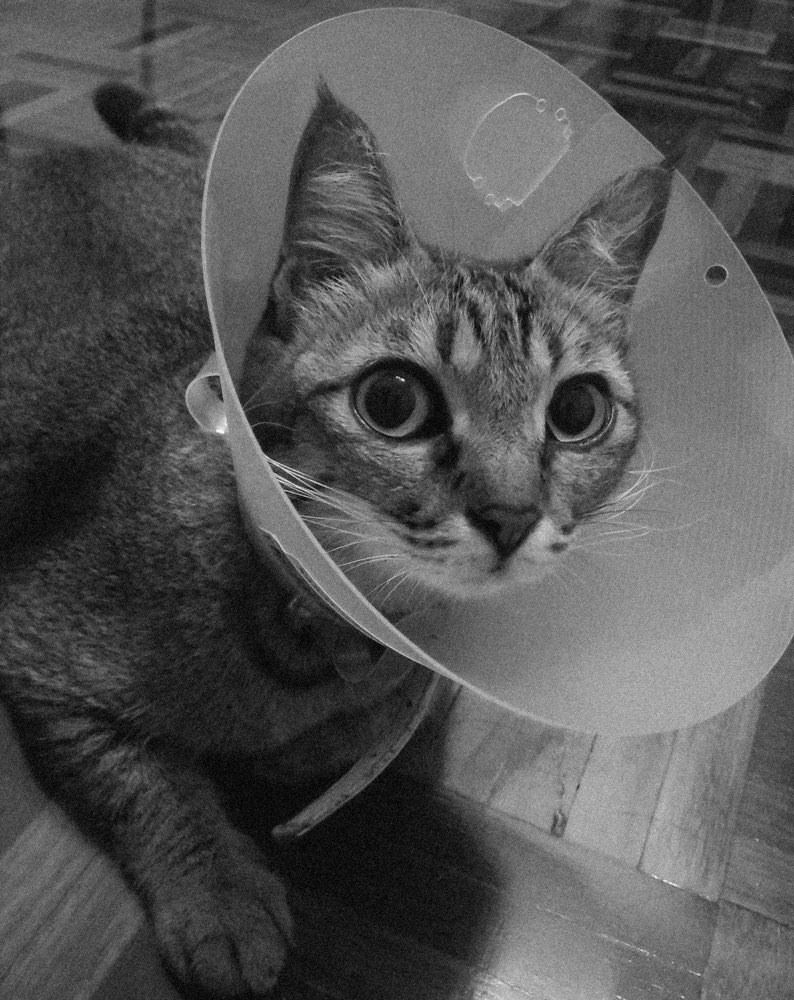 Due to flea outbreak in the house, we prevented her from traveling outside of the house. She's quite the hot stuff in the neighbourhood, with a lot of male cats fighting to be her boyfriend. In the picture, we applied de-flea ointment on her neck, and the cone prevents her from licking the ointment. It happened once where she licked it, and then drooled non-stop. It freaked the hell out all of us.

My desk while I was working with pixiv. Had her photo as my wallpaper. Her photo was powerful enough for me as cat therapy. 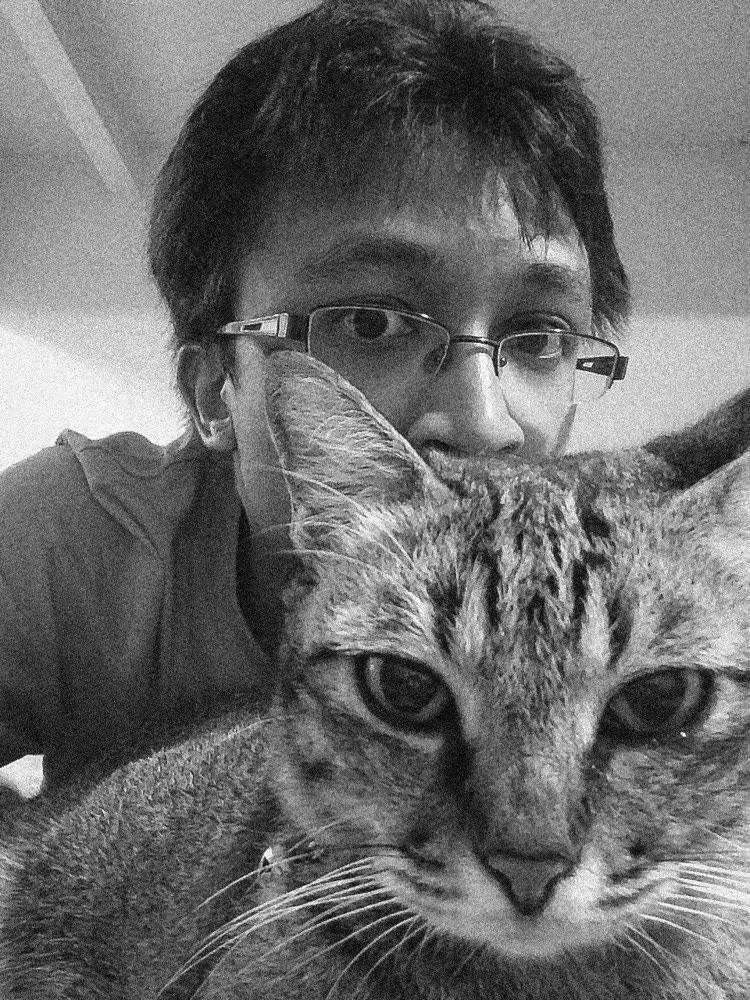 Before, knowing that I could only see her once year was a hard thing to cope with. Now, knowing that I’ll never be able to see her again forever, seems like coping with the impossible.

She passed away on 30th April due to surgery complications.

Can’t believe that she’s no longer around and pretty sure that my ex-housemates felt more devastated than I am right now since I've been away from the house for more than 2 years. She was not just a cat, she was an important family member to us. 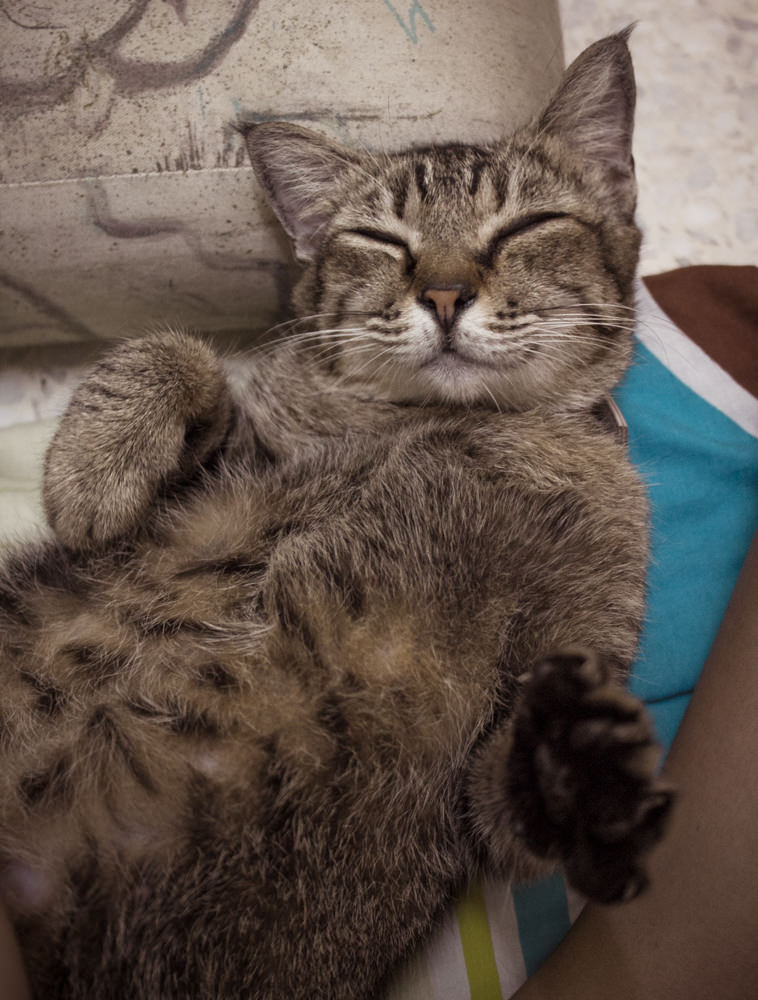 Thank you for all the great memories.